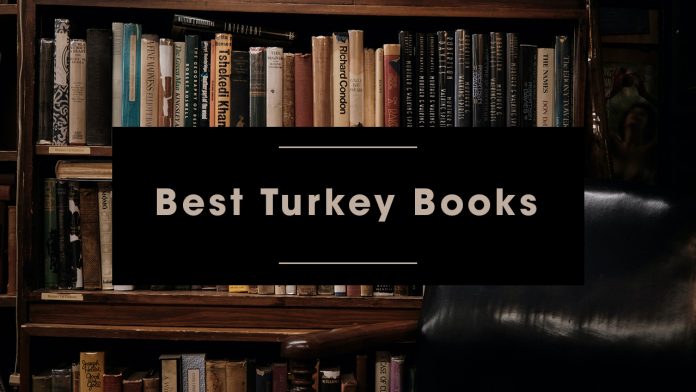 Turkey is popular for its literary traditions and culture. From literature to poetry, Turkey has published some amazing books that are loved at every corner of the world. Turkish poetry is heavily influenced by Persian verses. After the fall of the Ottomans, great novelists were born in Turkey that gave swings to Turkish literature. Not only the writers praised in Turkey but the film industry also got prominence by creating top stories and formation at global level. From novels to Turkey’s short stories, the writers have earned names across the world. This article describes some famous books about Turkey that will give you a tour of Turkish history, culture, traditions, and beautiful places.

The Bastard of Istanbul by Elif Shafak

In this novel, the bastard of the title is Aysa who is a Turkish teenager. The novel was published in 2006. It is one of the best-selling books in Turkey by Elif Shafak that was written in English. In Turkish, the novel was published with the title Baba ve Piç in March 2006. The story of this novel is centered around the main characters Asya Kazancı and Armanoush Tchakhmakhchian. The novel is based in Tucson, Arizona, California, San Francisco, and Istanbul, Turkey. The novel highlights the terms of families and their connection throughout the events of the Armenian genocide in 1915.

Human Landscapes from my Country by Nazim Hikmet

This is one of the most interesting novels of Turkey. It is written by Nazim Hikmet and was not even published after his death in 1963. This novel was written by Nazim when he was in prison. Later, it was published in 2002. The novel incorporates the movie-style giving facts and fiction elements and discusses the life of Turkey. This masterpiece starts with trains traveling from Istanbul to Ankara. Nazim will remain the popular figure in modern Turkey due to his powerful writing and challenging readings.

Orhan Pamuk has written many novels based on Istanbul and due to his popularity, he is known as one of the most famous writers of Turkey. He wrote another novel named Snow in which he describes the beauty of Turkey.  The word Snow is called Kar in Turkish. The novel was published in 2002 and translated into English in 2004. The story of the novel is based on the cultural and political disturbances in modern Turkey. It not only critically points out the issues but gracefully keeps the humor, mysticism, social commentary, and sympathy with the characters. The novel points out the eastern region of Turkey and the city Kars. The theme of the novel is the suicide incident of teenage girls due to an epidemic that took place in the city of Batman.

Memed, My Hawk by Yashar Kemal

In 1959, Yashar Kemal published a book named Memed which is one of the most popular Turkish novels. It is set in the 20th century but focuses on the Anatolian Robin Hood. The ultimate point of this novel is based on slavery that used to persist in the regions of Turkey. Memed is a character in this book who was born to do slavery and then moved in the mountains and raised a band. He used to amuse the local hearts there. His classic forms started penetrating the hearts of everyone as they used to focus on freedom and social justice as well.

This is one of the great novels by Tanpinar that was published in 1954 and was translated in 2014. This novel is a hilarious tragicomedy. The story of this novel is based on the send-up of reforms that were made after the 20th century and tends to remark on the Turks’ modernity. The very focus of this novel is to align the citizens on following the time. To be more clear, it emphasizes the titular institute to bring the clock of the country on line so that the attitude of the community could be made highly disciplined when it comes to performing actions on time.

Throughout the chapters of the book, Tanpinar has described that he thinks that Turkey has taken much time to enter the modern world as compared to other countries. He asks the audience to play their part in the growth of the country and for this, the very important thing to follow is the time. All the actions in the novel are based on the cast of Istanbul mavericks.