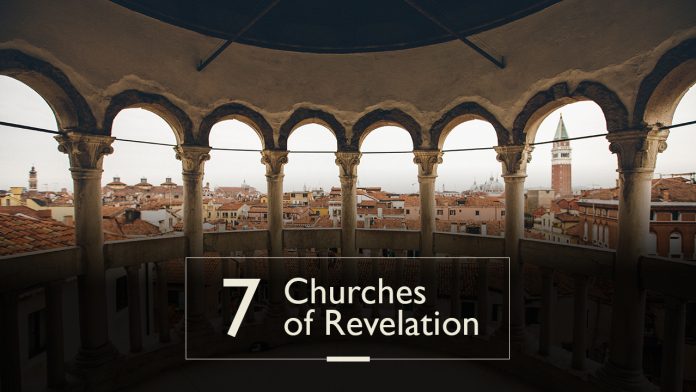 The Seven Churches of Revelation in Turkey or the seven churches of Asia are mentioned explicitly in the Bible. In early Christianity, Saint John wrote the revelation message to all in which they are were praised for what they did and they were appreciated. The messages intended to improve the faith among people. Some words and letters used in those messages were very unique. Those letters are used to address the churches. The names also refer to the cities of that region.

The letters were sent to the ancient churches mentioned by John to repent for their sins and do good deeds. When the letters were sent to each region, they used to be active Christian communities. Today, though some of them still remain, others have merged into modern cities and towns. A specific message was given to each of the seven churches and the message was delivered to the crowd. Every church is located in Turkey and is famous for that name.

Below is a brief description of each church of revelation.

It is one of the seven churches in revelation. Saint John used to live in Ephesus which is a famous Roman city. It is believed that this ancient city has a strong Church congregation. The religious aspects and beliefs of this city drag people across the globe. Visitors come to the place and enjoy the Christian history and the sites of the Roman city. The detailed excavation work gives the ultimate attraction of the place. Tomb of Saint John and Mary’s house are the sites of interest in Ephesus. Saint Mary used to live in the house and was buried here.

Smyrna used to be the most powerful and wealthy city of ancient times. Today it is renamed Izmir. It is the third-largest city in Turkey and a hub for foreign visitors. It still maintains its status as a business city popular for trading and other business-related activities. The city has the most important historical structure named Agora. It is preserved as the structures of ancient Ionia. Strong Christianity is developed in the city with the largest Jewish population. A large community of Jewish hostile and Christians lives here.

Pergamon is also the largest city well known for the historical structures it has and the ancient sites of this place. It is one of the most visited cities by foreigners due to its popularity in encapsulating both commercial and political arenas. The city is also known for its invention of parchment paper. Some structures of ancient times include the Temples of Athena and Dionysus, Theatre, library, acropolis, upper agoras, and Gymnasium, etc. The letter by John addresses the pagan practices and their clash with Christianity in Pergamon.

The city is now named Akhisar that used to be famous for weaving and bronze work. In modern Turkey, it is well known for the biggest region in making olive oil and tobacco. The Great Mosque, Akhisar’s Ulu Cami is the historical church building that is also featured in the book of revelations. The church is known for growing services and faith among communities and this is the same addressed by John in the letter. The church’s devotion to false prophets became the ultimate reason for its downfall. John said in the letter that they can repent by returning their ways to the right path.

One of the 7 churches in the Bible, Sardis used to be a famous trading center of the country. It was considered one of the wealthiest Roman cities of ancient times. It was the home of the Jewish population. The city is today popular for some structures of ancient times preserved by them. Visitors enjoy the sites of the place and visit the Temple of Artem is, Royal Cemetry, acropolis, Byzantine church, and a Jewish synagogue.

The sixth church of revelation, the church of Philadelphia used to be a strong city under Roman rule. Its modern name today is Alasehir that refers to God’s City. The city is popular for preserving some colorful structures of the past. The art crafts are well-renowned and visitors all across the world come to see them. The city used to be the home of the synagogue community and Christians.

Laodicea used to be a famous spa city, a trading hub, and an important Christian site. The city is popular for its proximity to Pamukkale and the beautiful sites of interest, it is not visited by many. During the tenure of the Mongol invasion, the city fell down after huge popularity. The earthquakes plays role in ruining the city that called out for the restoration projects for the city that could rebuild and restore the structures and position the city at the rank it used to be. The city was prosperous commercial and industrial. Despite the economical strength, the city is not given much spiritual importance.