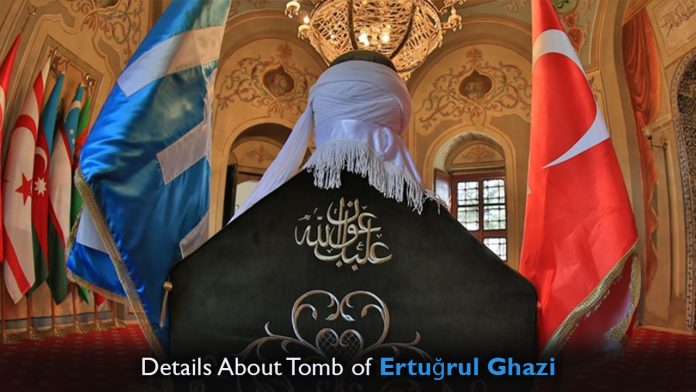 Ertugrul Ghazi, the phenomenal Turkish warrior has a huge name in history. Not only Turks, Arabs, Muslims, the whole world has massive respect for Ertugrul’s tomb. He is renowned for establishing his empire by fighting with much stronger enemies.

Ertugrul Ghazi, a historical hero, belongs to the 13th century. He was the strength of the Kayi tribe. He has one motto “To fight for Allah’’. He under the guidance of his father Suleyman Shah fought with other empires and raised the flag of his tribe.

How Ertugrul is Different from Others?

There are many warriors who came and are now part of history. People are unfamiliar with them. One reason is that they did not do much for their people and secondly, historical events are not described to the younger generations. So, with the passage of time, our heroes are neglected. Unfortunately, they are forgotten.

But Ertugrul was unique in his own way. He was loyal to his companions, to his family, and his community. His aim was to defeat all those coming in the way of religion Islam and mocking His teachings. He was very strict for his rules and justice in his tribe. Ertugrul was a peace lover and wanted brotherhood among his tribe.

How the Ottoman Empire Was Formed?

Ertugrul’s son Osman was brought up by his brave father. When the blood of a warrior runs in veins, how can he be little less than his father!

All thanks to the creators of Dirilis Ertugrul and Kurulus Osman for showing us how difficult it is to fight for others for the betterment of the community and raising the flag of your religion. Now, people are getting much interested in historical characters and the way they fought for our freedom.

When Ertugrul reached the age of 80, he fell ill. He left the leadership of the tribe in the hands of his son Osman Ghazi following the traditions.

After the death of Ertugrul in 1281, Osman followed in his footsteps. He led the foundation of the Ottoman Empire. The word Ottoman is derived from his own name’s Arabic version ‘’Uthman’’.

Where is Ertugrul’s Tomb?

The land where Ertugrul has been laid is called Sogut. This area is very popular as the most gracious warrior, a hero of Islam rests here. His early tomb which was a simple grave having a stone on the head side was placed by his son Osman.

The Reconstruction of Ertugrul’s Tomb

During the regime of Abdul Hamid II, he renovated Ertugrul’s tomb and other monuments belonging to him. He was a big supporter of the founders of the Ottoman Empire. He wanted to preserve everything for the coming generations.

Ertugrul Ghazi is still part of Turkish Culture and tradition. After his death, his companions used to hold festivities in his remembrance. In the Mosque, near his death anniversary, announcements were made to get together and march towards his tomb.

People of far areas will come in groups, excitedly waiting for the day to reach his tomb. As in those times, the mode of transport was a horse only. Locals will gather and continue moving towards their loved warrior Ertugrul. They loved to read Holy verses out loud and praise Ertugrul for his efforts which he did for his people.

The loud voice of locals chanting “There is only one Allah’’, mesmerizes the environment, making it so peaceful. When they finally reach Ertugrul’s tomb, they offer special prayers and read the Holy Quran.

After the unpleasant event of Greek soldiers attacking Ertugrul Ghazi tomb, It was renovated. Now, there is much strict security around his grave for the protection of the tomb.

The grave of Ertugrul is covered in pure velvet with calligraphy. Threads of gold and other expensive materials are used in its making. The famous “Kayi Turban’’, the symbol of strength and bravery, braveness is placed on the crown area of the grave.

There are tiny boxes around his grave. These are very special as they have the soil of the particular areas which Ertugrul conquered with his wisdom and bravery.

There are flags of Turkic countries inside the tomb. How can we forget the most important, the sign of the Kayi Tribe “IYI’’ standing tall near his grave, saying here’s the man who spent his life for the freedom of coming generations!