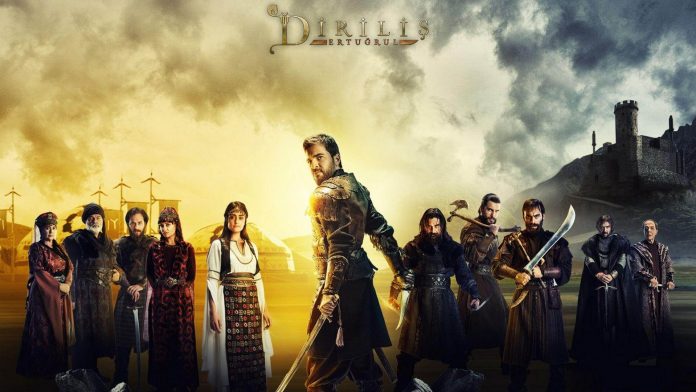 The popular Turkish drama Ertugrul has everyone in Pakistan talking about the story of a famous man on a mission to build the Ottoman Empire while dealing with family problems and conflicts within his tribe. Its beautiful settings and more importantly, the characters starring in the show have gained immense popularity in Pakistan. People are taking to social media and asking questions about who these talented actors and actresses are. If you go online, you will see that ‘Top Resurrection Ertugrul Case In Real Life’ is a trending search. It seems that we cannot get enough of the people responsible for bringing such a memorable television series to life.

At least 20 million people have watched the first episode of Dirilis Ertugral on YouTube. If you are among these viewers, you are probably familiar with the characters of Ertugrul, Serdar Gökhan,  Turgut Alp, Halime Sultan, and many others.

Let’s have a look at some of the main characters in the drama.

The versatile leading actor plays Ertugrul, the central character in the drama. Born in July 1979 in the Turkish region of Izmir, he has always been interested in acting from a young age. He has contributed to many Turkish dramas and motion pictures. His first role was in the Turkish series Roh Sar, after which he acted in notable dramas including Kocham Binam and Yedipo Istanbul. Owing to his performance in the motion film Bir Avuc Deniz, he won the Best Actor Award at the Los Angeles Movie Awards. Currently, he is the leading actor in the drama serial Crime. He is married to Neslişah Alkoçlar and the couple has a 5year old son.

He is noted for his praiseworthy performance in the series as Suleyman Shah, the leader of the Kayi tribe and father of Ertugrul. Born in May 1946, he is known for his performance in other Nene Hatun (2010) and Kara Orkun (1973). The veteran actor has been in the film industry for many years, and he even expressed gratitude towards Pakistani fans for the huge success of Ertugral in our country.

Born in Istanbul, the 38-year-old actor plays Turgut Alp in the television series. Known as Ertugrul’s loyal supporter, he is one of the three Alps in the story with Dogan Alp and Bamsi Beyrek as his blood brothers. Cengiz played basketball in secondary school and graduated from a sports academy. He began his acting and modeling career in 2002 and is noted for many memorable performances.

The 27-year old actress was born in October 1992 to a family with a Turkish background. She is best known for her role as Halime Sultan, the wife of Ertugrul in the television series. Her portrayal of a loyal wife and a protector of her tribe has won the hearts of millions. Currently, she is working on the Turkish crime-drama series Ramo, co-starring Murat Yıldırım. Esra has an active social media presence and is known to be an ardent fan of nature, including beaches. She has a younger brother, Ali Bilgic, and was married to Turkish footballer Gokhan Tore in 2014. The couple divorced in 2019 due to personal reasons.

Do these stars from Diliris Ertugrul make your list of favorites? We all have personal preferences, and we can certainly expect more thrilling performances from them down the road.