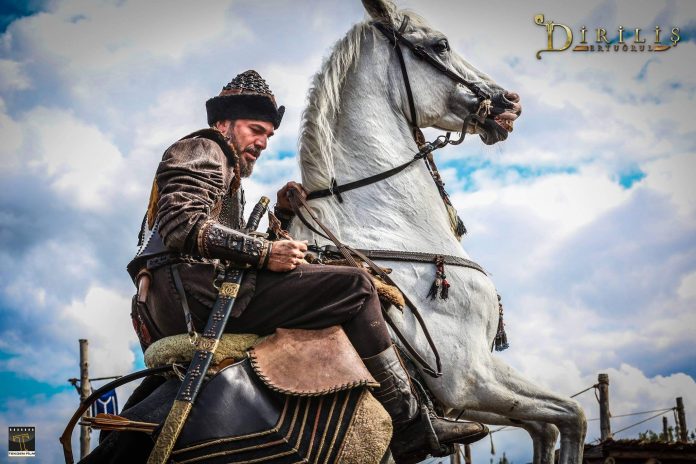 The well-known historical and adventure Turkish drama Dirilis Ertugrul is set to release its sixth installment after 5 long-running seasons consisting of 150 episodes. Its first broadcast was in 2014 on the Turkish TV station TRT 1. Season 5 included 29 episodes that were completed on May 29th, 2019. With viewership reaching 60 countries and accessibility on Netflix, the show is available in both English and Urdu subtitles. Audiences are demanding more as the compelling tale of a warrior combined with religious themes and emotional content allow them to resonate with the series at a personal level. Many have questions about season 6’s release date, its cast, and trailer. Let’s discuss what’s in store for eager fans as we give you the latest Ertugrul Season 6 updates.

Here’s what we have learnt so far. Dirilis Ertugrul focuses on Turkish traditions as well as strong Muslim customs and beliefs. Based in the late 13th century, the storyline revolves around Ertugral, his family, military campaigns, and struggles within his tribe. In the 5 seasons, we learn that he takes on the task of establishing the Ottoman Empire, and the numerous strategies he employs to achieve his mission. Viewers gain a deeper insight into wars, family issues, the spirit of brotherhood, and adherence to the Islamic principles of truth and justice.

Till now, the creators of the show, now a household name in Pakistan, have kept the plot of the upcoming season a secret. Its official release date is yet to be confirmed, and fans will likely hear good news either before the end of this year or early in 2021. Creators halted production due to COVID-19 complications and as of now, they have not released any trailer or teaser. We will update you once we come across some reliable sources related to Season 6 Ertugrul news.

It is just a matter of time before shooting is complete. One thing for sure is that we will be able to dive deeper into the life of Etrugrul, and further exciting revelations will leave us commenting on how brilliant the series truly is. Today, on account of the first five seasons, the drama has been dubbed as the Turkish variation of the well-known Game of Thrones (GoT). It is as good as its Western counterpart, if not better, and we believe that season 6 will offer even an even richer context.

What we do know is that the ATV Channel will air the highly anticipated series Kurulus: Osman for 7 years. This is sure to delight fans of Dirilis Ertugrul who look forward to more memorable performances from previous characters. There will be 7 seasons that cover the entire history of the Ottoman Empire, as well as the reign of Osman, its founder. The A-list actors and actresses who will appear in the Osman series include Burak Ozcivit, Cengiz Coskun, Cemre Gumeli, Ragip Savas, Ipek Tuzcuoglu, and many others. With the same writer and producer, we all hope that it meets our expectations like Ertugrul did and goes on to become one of the best Turkish drama series.