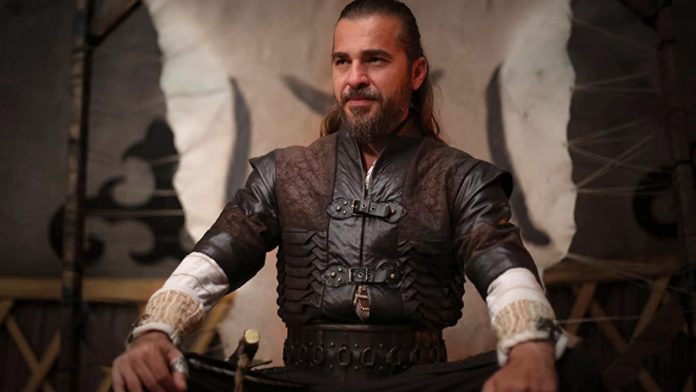 Turkish actor Engin Altan Duzyatan who played the titular role in global blockbuster Diliris Ertugrul has attracted the attention of fans with a new post on social media.

Taking to Instagram, he uploaded a monochrome picture of himself in a simple hoodie and jacket without any caption. Striking a casual pose with his hands in his pockets and a smile on his face, Duzyatan looked particularly charming and fans were quick to praise him. Within just an hour of posting the picture, fans and admirers quickly began filling his comment section.

Despite his busy schedule and work on the upcoming historical Turkish series Barbaros, Duzyatan is known to make time for fans whenever possible. This is evident as he recently confirmed a 3-day visit to Pakistan from 9th-11th October where he will tour Islamabad, Karachi, and Lahore and meet fans in person.

Known as ‘Jashn-e-Ertugrul’, the star-studded tour will see Duzyatan giving the Pakistani audience an opportunity to ask him questions as he appears exclusively on stage. Organized by Frontiers World in collaboration with TRT, it is seen as the biggest event of the year in Pakistan and will further strengthen friendly relations with Turkey.

Pakistanis saw him as nothing less than a legend after his brilliant performance in Diliris Ertugrul. Even Premier Imran Khan personally recommended the show and directed that it be dubbed in Urdu and aired on PTV to reach a larger local audience. Fans were mesmerized by the storyline, the values it communicated, and notably, the characters who represented iconic Turkish figures.

Duzyatan, in particular, stood out for his role as leading man Ertugrul Bey. His performance is often compared to that of Burak Oczivit who plays Osman I, son of Ertugrul, in spin-off Kurulus Osman. Interestingly, the popularity of Diliris Ertugrul is so widespread in Pakistan that starstruck fans are organizing functions such as weddings and birthday parties with the series as the theme. Now, they are hoping to see Duzyatan deliver an equally unforgettable performance in Barbaros that is set to release in early 2021. If we are to believe early media reports, he will be playing the role of Hayrettin Pasha. In the show, he will act as an Ottoman admiral whose participation in naval warfare established Ottoman dominance over the Meditteranean during the 16th century.

Till then, let’s wait with bated breath for Duzyatan’s visit. We will keep updating our website with more Diliris Ertugul news and updates, so be sure to check in as often as possible for the latest content!