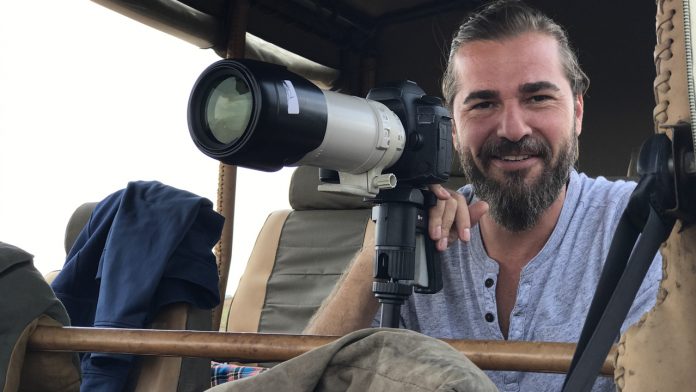 It seems that there is no end to Engin Altan Duzyatan’s talents. We all know him as the man who plays the titular role in Diliris Ertugrul, an epic historical Turkish TV series that earned iconic status all around the world.

Diliris Ertugrul takes us on a journey to 13th-century Anatolia where Ertugrul Ghazi lays the foundation of the Ottoman Empire. It is a long-running season that sees all characters delivering unforgettable performances, with Duzyatan standing out as the legendary Ertugrul Bey. What’s more, he is set to appear in Barbaros, another Turkish drama that revolves around Ottoman admiral Hayrettin Pasha. Eager fans can expect the release date of the series around January 2021, and like Diliris Ertugrul, it will hopefully be made available to a large local audience in Pakistan.

Other than his remarkable acting skills, what makes Duzyatan so versatile? It turns out that he has a flair for photography and his latest picture serves as proof. Taking to social media, he posted a photo of himself where he can be seen posing with a camera. He sports stylish sunglasses and a simple grey shirt to complete his look, and the post is captionless.

Fans who follow Duzyatan know about his obsession with photography. Many times, he has been seen with his favorite DSLR, and he seems to be getting better and taking pictures. If you visit his official website, you will see him focusing intently on a camera and even the visuals show his artistic side.

Earlier, Duzyatan’s wife Neslisah Alkoclar shared a fashionable picture of herself and thanked him for a perfect photoshoot. The mother of two can be seen wearing a white shirt with blue jeans and orange heels to deliver the perfect modern look. The picture also speaks for itself, especially with the greenery in the background.

We can only expect Duzyatan to show us more of his work soon as he explores the art of photography. Not every actor shares the same interest, and even if they do, they do not appear as keen as Duzyatan. It is unclear whether he has taken photography classes or learned everything on his own, but it will be fun to know the answer.

Perhaps, you can ask him this question and find out for yourself when he tours Pakistan from 9th-11th October on a 3-day visit known as Jashn-e-Ertugrul. He is expected to travel to Karachi, Lahore, and Islamabad where fans will get the opportunity to participate in an exclusive Q&A session. Duzyatan will personally answer every question on stage, so don’t miss out on the chance to meet the star. Keep visiting our website for regular content and Diliris Ertugrul latest updates!