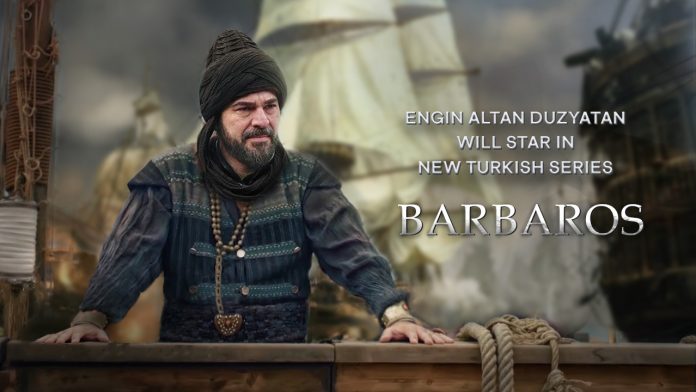 According to media reports, Ertugrul sensation Engin Altan Duzyatan will be seen in the upcoming epic Turkish historical drama Barbaros. Currently, in production and set to release in January 2021, the series centers on the remarkable life of Hayreddin Barbarossa aka Hayrettin Pasha. He is famously known as the Grand Admiral of the Ottoman navy whose victories established Ottoman dominance over the Mediterranean during the 16th century. Interestingly, Hayrettin Pasha was nicknamed Barbaros or Barbarossa which means red beard in Italian because of his magnificent red facial hair that intimidated his enemies.

It is said that Cagatay Ulusoy, the Turkish actor and model who starred in The Protector, was in talks to join the cast of Barbaros. Negotiations with the broadcaster did not work out and some sources claim that the reason Ulusoy backed out was the insistence on casting Duzyatan in the drama. This is because of Duzyatan’s heroic performance in Diliris Ertugrul that broke viewership records and went on to become a global blockbuster.

According to Turkey’s Culture Ministry, over 500 million viewers in 150 countries are following dozens of Turkish shows. Diliris Ertugrul, in particular, stands out with viewers from more than 70 countries. The makers of the immensely popular show took spectators on a journey to 13th-century Anatolia, prior to the establishment of the Ottoman Empire. It is then everyone learns about the conquests of Ertugrul Ghazi, father of Osman I, the founder and leader of the famous empire.

It is easy to see why Duzyatan is so popular today especially in Pakistan that is eagerly making preparations for Jashn-e-Ertugrul. This is a 3-day ticketed tour scheduled from 9th-11th October 2020 that will see Duzyatan appearing in Lahore, Karachi, and Islamabad where fans can meet him face-to-face. Everyone is also in for another treat as they expect him to play either the titular character of Hayrettin Pasha or his elder brother. Although Duzyatan and the creators of the show are yet to make an official statement in this regard, it will not be long before we hear any news from them.

The world knows Turkey as one of the largest TV series exporters with memorable releases that audiences have come to love, especially those in Latin America and Central Asia. Taking this into account, the big-budget Barbaros has production standards that specify a TV rating of at least 7% to qualify for season 2 when it does air next year. Turkish national television network TRT 1 has high hopes that Barbaros will be as successful and popular as Diliris Ertugrul. It was this show that propelled Duzyatan to fame in the Muslim world for his brilliant performance as Ertugrul Bey.

Currently, Duzyatan is one of the most bankable stars of this generation whose contributions to the entertainment industry in Turkey have earned him widespread praise. Visit our website regularly for the latest news about him and regular updates on his upcoming projects!