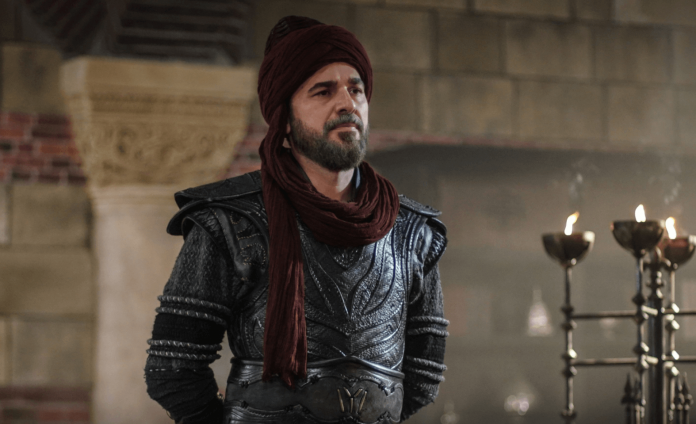 Ertugrul is famously known as the father of Osman 1 who founded the Ottoman Empire. The show Diliris Ertugrul takes viewers to the origin of Etrugrul’s life and what it is like to be a true Muslim. According to the television series, Ertugrul’s life was marked by great challenges and expeditions in the 13th century that involved migrations of the nomadic Kayi tribe which he led. His main adversaries, the Mongols, Crusaders, and Byzantines, would stop at nothing to thwart his plans. Dirilis Ertugrul has a rich storyline, and it beautifully reconstructs historical details to the point of preserving the names of characters who did exist. It weaves Ertugrul’s eventful life with the building blocks of Islam. Dirilis Ertugrul primarily encourages spectators to revisit and rethink a glorious Muslim past that originated from the fundamental principles of Islam.

We all know Ertugrul as a brave warrior who faces enemies that test his courage and challenge his religion, values, honor, and ideology at the expense of humanity. People from the Indian subcontinent refer to the show as Ertugrul Ghazi. It effectively portrays a Turkish tribesman’s journey from being an ordinary warrior to an integral figure in establishing the Ottoman dynasty. The word ‘Ghazi’ is of Arabic origin which means a person who struggles in the name of religion.

Although a successful series with quality production values, Dirilis Ertugrul relies heavily on fiction, dramatization, and imagination. Mehmet Bozdag, the creator of the show, even revealed that there is insufficient information about the period that Erutugrul represents. He added that his team only had a few pages of content to work with and the period they present has different names in every source.

There is no certainty in the historical data that we derive from Diliris Ertugrul, and even some characters are based on iconic Turkish legends. Also, historians depend on stories written about Ertugrul by the Ottomans, and the accuracy of their accounts is questionable. A coin minted from the time of his son Osman I mentions Ertrugul as his father, indicating that Ertugrul indeed existed. Interestingly, another coin that reads Osman bin Ertugrul bin Gunduz Alp raises further questions, although Ertugrul is considered the son of Suleyman Shah.

It is said that Osman I built a mosque and tomb dedicated to Ertugrul at Söğüt, a popular tourist destination in modern-day Turkey. While we cannot say anything about how these structures came into being, Abdul Hamid II built the current mausoleum in the late 19th century. The town of Söğüt even organizes an annual festival that celebrates Ertugrul’s life and his achievements. Launched in 1863, the sailing frigate of the Ottoman Navy Ertugrul was also named after him. Furthermore, the Ertugrul Ghazi mosque, completed in 1998, was named in his honor.

Famous Turkish actor Engin Altan Duzyatan breathed life into the character of Ertugrul in the drama. According to Engin himself, Ertugrul is an important character for both Muslims and the entire world. Only, producers and directors do not have much information about the era Ertugrul lived in, and their sources are limited to 7 pages. So, in the history of Islam, Dirilis Ertugrul is not 100% historically accurate, and it integrates fictional elements.

The important thing is that Ertugrul represented Islam in all the right ways, and spectators have taken to social media to express their praise for the show. Ertugrul’s statue was erected in Lahore, Pakistan, and Muslims around the globe view the show as a movement that revives lost Islamic pride. What we can safely say is that by giving us Dirilis Ertugrul, Turkey played a crucial role in teaching us more about the legendary Ertugrul.