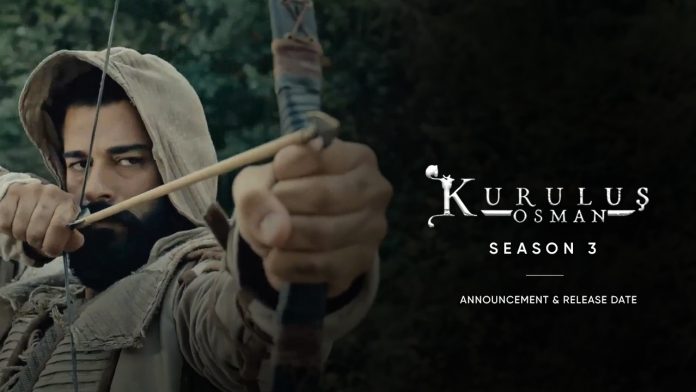 Establishment Osman, also called Kurulus Osman in the Turkish Language, is a sequel to Turkey’s all-time famous TV series Dirilis Ertugrul. Produced and created by Mehmet Bozdag, the series stars Burak Ozcivit in the lead role. The season focuses on the life of Ertugrul Gazi’s third son, Osman 1, and shows how he struggles to build the Ottoman Empire. With two successful seasons, Kurulus Osman season 3 is just around the corner. We bring you the announcement and release date for season 3.

The TV series, Kurulus Osman started its journey in 2019 and was first aired on 20 November 2019 and aired its last episode on 24 June 2020. After a 3 months gap, the series made its progress with a season 2, which started airing on 7 October, and just a few months back we saw the finale of season 2 which aired on 23 June 2021. The series got renewed for the third season.

A few weeks back, the Kurulus Osman season 3 episode 1 release date was announced by Mehmet Bozdag on all social media platforms, and it is 6 October 2021. Fans from around the world are all very excited about this and are curious to know how Osman will deal with his new enemies and equally give time to his family. Season 2 ended with a happy note as Bala Hatun gave blessed news to Osman that she is with child. Fans are also anxious to see how Bala Hatun and Malhun Hatun will couple together while Osman is on his voyages.

The trailer introduces us to many new characters. There is also a hype that Turgut Bey, Ertugrul’s most trusted Alp and friend might make his return to this new season. Let’s see if we can see him in this season. We are all excited to see episode one which is going to come out tomorrow. Stay tuned with us for more exciting and latest news on your favorite season.