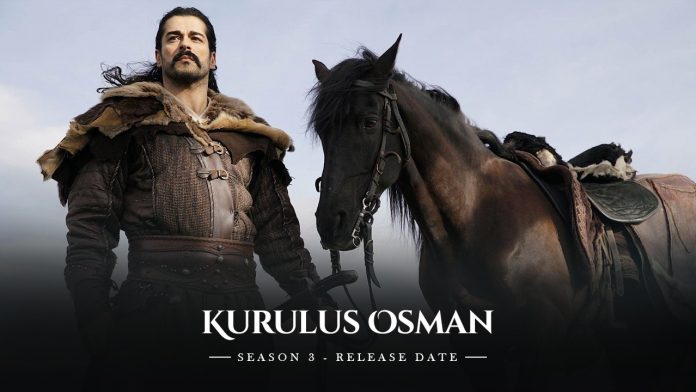 The last episode of season 2 of Kurulus Osman  (The Establishment Osman) was broadcast on June 23, 2021, on the Turkish TV channel. The fans were wondering and are excited about the next season that is expected to release soon. The trailers for season 3 of Kurulus Osman are out. The fans are looking forward to watching season 3.

Kurulus Osman series is directed by Mehmet Bozdag. The makers of the series have not given any fixed date of release. However, it is expected that the third season will start siring on the Turkish TV series in early 2022. The season is going to continue the story of the Ottoman Empire, Kurulus Osman.

This TV series is the sequel of Dirilis Ertugrul who is the father of Kurulus Osman. It is one of the most famous historical series that is watched by millions of people all around the world. Especially, the Asian countries are airing the seasons on TV in multiple languages and subtitles. After the success and popularity of Dirilis Ertugrul, Kurulus Osman was air and it came out that the Osman series are gaining more popularity.

Kurulus Osman is about the establishment of the Ottoman Empire. The series depicts the history where Osman established the huge Empire that lasted for more than 600 years. The two super hit seasons of Osman have also been aired all across the globe. It is translated in various languages and Muslim countries are praising the historical series, acting, cast, and the amazing story of Kurulus Osman.

The cast for Kurulus Osman confirmed yet says that the leading role of Osman Ghazi will be played by Burak Özçivit, Aslihan Karalar will play the role of Malhun Hatun, Nurettin Sönmez as Bamsi Beyrek, Ragip Savas as Dundar Bey, and Aysegul Gunay as Osman’s aunt and the wife of Dundar bey.