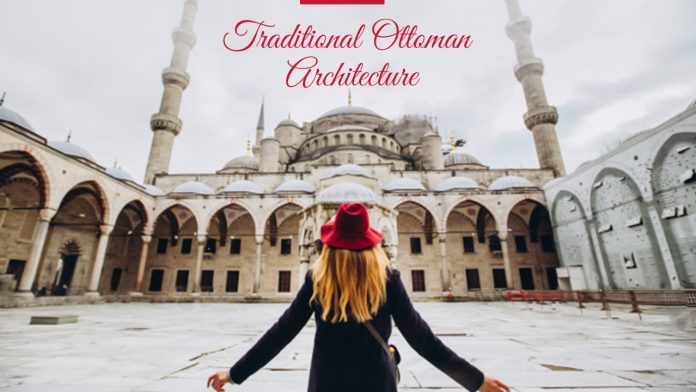 Turkey, the country of Sultans, is known for its unique architecture. Turkey has undergone a major transformation due to a change of ruling authorities. The Ottoman Empire assumed control of Turkey in the sixteen century. Before that, the country was under the governance of the Byzantine Empire.

Under the rule of the Byzantine Empire, Turkey was not well-known for its buildings. When the Ottoman Empire took charge, they changed everything. The Ottoman Empire promoted Islamic architecture which is still prominent in popular tourist attractions such as Blue Mosque, kulliye and many other dome-shaped buildings.

The Byzantine Empire followed Christianity which was depicted by their worship places as well. When Ottoman Empire rulers came to Anatolia and surrounding areas in the 15th century, they knew what to do with these buildings. They built their houses on the lessons of Islam by keeping in mind the direction of Kabah to offer prayers.

Then came the ruler Sulayman the Magnificent, who shaped the Turkey which we know today. Stunning Ottoman architecture and Islamic mosques were prepared under his regime. He was an ardent supporter of Islamic architecture, creative arts and calligraphy. He supported every form of arts. His main motto was to convey the message of God through any medium.

He made the sitting place of the ruling body in Topkapi palace. This palace served as the headquarters of Ottoman rulers. Many important meetings and decision-making processes were conducted here.

Suleyman was against the body motives or any other living organisms resembling shapes as he was a strong Muslim. He ordered craftsmen to make Turkey beautiful with their arts. He made them work under his guidance and gave them a place in his headquarters. He supported their talent of painting, pottery, and poetry as well.  All the new houses constructed at that time were built following traditional Ottoman architecture.

How Ottoman Architecture is Unique

There were many styles of construction during the Ottoman Empire, but two were common and very popular. One was renowned in the Anatolian region. The making of hammams, public baths, open air gatherings all were made under the instructions of Ottoman rulers.

Islamic worship places such as Mosques were prepared with pure love. Dome-shaped tops with multiple windows to get maximum natural sunlight were the key points of traditional Ottoman architecture. Mosques were given huge spaces. The top of the mosques can be seen touching the skyline of Turkey. Minarets are worth sighting from far.

The most important Turkish architecture, which is the source of huge tourist attractions, is the Sultan Mosque  It was built in the 16th century. Ruler Ahmed I issued the order of building this in front of Hagia Sophia, a prominent worshiping place of the Byzantine Empire.

This Building gave shocking news to the enemies of the Ottoman Empire. It was difficult for them to tolerate the emergence of a gigantic worshiping place.

The Sultan Ahmed Mosque has five magnificent domes. There are six huge minarets which add to its matchless beauty. There are eight secondary domes that give the mosque a complete spellbound look. It has different areas. The upper one is beautified by 20,000+ hand-painted ceramic tiles with floral patterns. The interior has a number of huge chandeliers.

There are 200 glass windows through which when light crosses, a sense of calmness is felt. The inner domes have calligraphy by renowned Syed Kasim Gubari. Most of them are Quranic verses.

The front courtyard has a big operational fountain and the next area is dedicated to ablution. Ablution is the special way of cleanliness required by Muslims to perform before offering prayer or reciting the Holy Quran.

The Interior of the homes was decorated with carpets having Ottoman motifs and wall hangings. Calligraphy paintings were considered a symbol of love for religion and an expensive, noble gift for guests. Handmade pottery having floral designs were used for serving food. Common men were delighted to decor their homes with hand-woven carpets and clothes.

Kulliye was very common. A complex structure of buildings surrounding a Mosque was a hit at that time. It was considered lucky to have a home near a mosque.

Mimar Sinan is known as the king of Ottoman architecture. He was born Christian but with the passage of time, he learned the teachings of Islam and converted. He accepted Islam and devoted his life to the spread of Islamic principles. He also served in the military.

‘’Koca Mi’mâr Sinân Âğâ’’ (The Great Architect), is known to have made 300+ Mosques on the way of Traditional Ottoman Architecture. He has worked in different forts, schools, important buildings, bridges, and hammams. His most acknowledged work is Suleiman Mosque and Selimiye Mosque.

It’s advisable to cooperate when you are visiting a top destination. Always dress modestly when visiting a religious place and respect other religions.

We hope you liked this post. Stay connected for more amazing stuff!