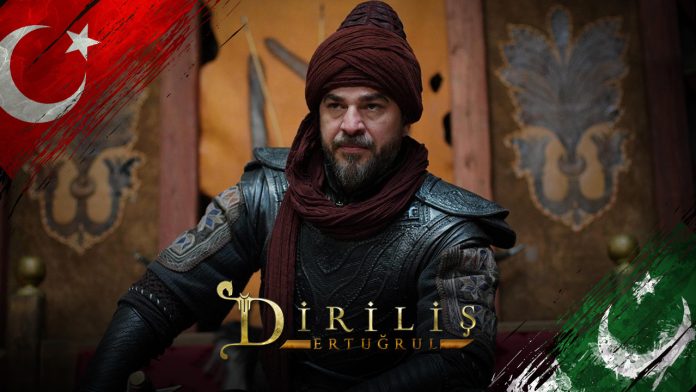 Sometimes, we revisit history to embrace messages that teach us valuable lessons in faith and endurance. Their representation in the media through historical fiction and adventure series makes this possible. The world, as a stage, also gives successive generations memorable performances from their favorite actors and actresses. It then becomes a practice to immortalize the characters these men and women portray.

Diliris Ertugrul is one such show that has revived the glorious Muslim past for audiences, especially young generations. This is so important in a day and age where we are looking for ways to choose hope in the face of anxiety and adversity. Translated, Diliris means ‘Resurrection’, and interestingly, the series has breathed new life into tired masses seeking truth and justice in a complicated world. Diliris Ertugrul not only transcended the historical period from 1200 to 2020. It surpassed the borders of Turkey and went on to become a global blockbuster that has particularly impressed fans in Latin America and Central Asia.

We know Turkey as one of the world’s biggest exporter of TV dramas. The question is: what makes Diliris Ertugrul so different and why do we relate to a show on such a deep and personal level? Surely, the big-budget and quality production values are not the only aspects that stand out, because other popular series like Game of Thrones boasts the same more or less. Resurrection Erutgrul highlights and delivers some very noteworthy attributes, one of which is religion.

The show centers on Ertugrul, his friends, family, and followers who declare war against the hegemonic powers of their time to serve a cause greater than themselves: Islam. Pakistani viewers are left enthralled as they understand the significance of the humble, nomadic Kayi tribe’s rise to glory.

Already considered Pakistani’s close friend and ally, Turkey’s release of Diliris Ertugrul has further strengthened ties between the two countries. Notably, PM Imran Khan personally directed PTV to dub the program into Urdu and telecast it. Diliris Ertugrul began airing in April 2020 under an arrangement with Turkish Radio and Television (TRT). It instantly became a huge hit in the country during the COVID-19 lockdown. A YouTube channel was specifically launched for the series in April 2020, reaching a record viewership of 1.3 billion and nearly 8.5 million subscribers.

Businesses and homes in Northern Pakistan even began displaying the official red flag of Turkey that features a white star and crescent. Several hotels in Naran Kaghan, a picturesque tourist spot in the Mansehra district of KPK province, are decorated with the Turkish, Chinese, and Pakistani flags. According to Zohaib Aamir, an owner of one of the hotels, Turkey has been with Pakistan in both good and bad times. Local tourists often pose for pictures in front of the flags and share them on social media. Zarmina Hassan, a visitor from Islamabad having her photo taken, mentioned Turkish President Erdogan as her favorite leader. She added that he is a popular figure in Pakistani because of his stance on Muslim issues and support for the Kashmiri people.

Another example shows how popular Turkey is among Pakistanis. Jibran Aziz, a resident of Gilgit, imports carpets from Turkey. He named his shop Pak-Turk Carpets and commented that customers are showing interest in seeing Turkey and Pakistan’s flags flown together.

During President Erdogan’s 2-day visit to Pakistan in February 2020, the two countries signed a series of memorandums of understanding (MoU). Both he and premier Imran Khan reached a mutual understanding to boost bilateral trade, economic engagement, communications, and cultural ties. Additionally, the trade volume between Turkey and Pakistan has increased from approximately $600 million to $800 over the last five years.

Pakistan and Turkey may not speak the same language, but Diliris Ertgrul has brought the two countries even closer. What’s more, its sequel Kurulus Osman has left an equally everlasting impact on audiences. Considering how things appear, it is likely that the two countries will collaborate on a joint project in the future.