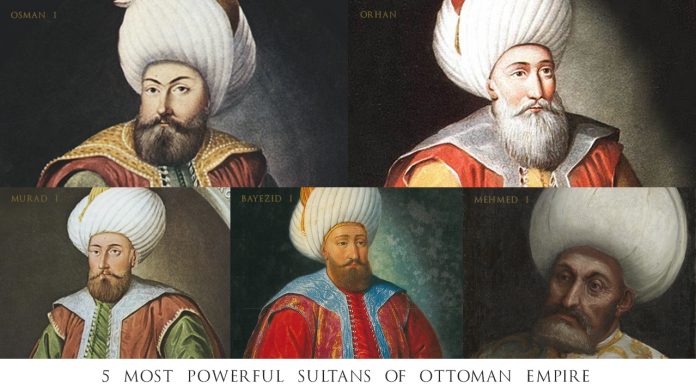 Osman Ghazi was born circa 1258 CE in Sogut located in the northwestern Anatolian region of Bithynia. He descended from the Kayi branch of the Oghuz Turks. His father was the legendary Ertugrul Ghazi, the leader of the Kayi tribe. Osman I married Malhun, the daughter of Sheikh Edebali, a local Sufi cleric and companion of Ertugrul. Interestingly, if we talk about Ertugrul, the Turkish drama Ertugrul centers on his life and efforts in laying the foundation of the Ottoman Empire.

Following the death of Ertugrul, Osman I took over the leadership of the Kayi tribe, leading to the rise of Ottoman empire. He assigned three frontier warriors a border district each and made them responsible for taking on enemies before the regular army engaged the opposing forces in battle. With Sogut as their base and reliance on the cavalry-oriented military methods of his Central Asian ancestors, Osman I and the frontier commanders waged a war against the Byzantines. The Byzantines intended to protect their territories in the wilds of the Asiatic shore across from Constantinople. Eventually, Osman I extended his rule over multiple former Byzantine strongholds, including Yenisehir and Eskisehir. Yenisehir even provided the Ottomans with a solid foundation to conduct a siege of Bursa and Nicea in the northwestern part of Bithynia. This conquest expanded the Ottoman Empire map.

Notably, Osman I’s government was heavily based on the Seljuk model. He drew inspiration from its clothing, warfare tactics, the importance given to tribal connections, and an emblem that a Seljuk Sultan reportedly presented to him. He majorly applied the techniques of the Seljuks and one can even say that his military prowess and success against the Byzantines were the direct results of his strategy.

After Osman I’s death, his son Orhan Ghazi inherited the Ottoman Empire which expanded into the Balkans. Legend has it that Osman I passed away right after the capture of Bursa. However, some scholars believe that he died in 1324, the year of his son’s accession.

Born 1288, Orhan Ghazi was the second ruler of the Ottoman dynasty. Under his leadership, the humble Ottoman principality in northwestern Anatolia attracted Ghazis from the nearby Turkish states fighting against Byzantium. In 1324, the Byzantine district of Brusa came under the Ottomans. The cities of Nicaea and Nicomedia soon followed in 1331 and 1337 respectively. Next, Orhan turned his attention to the surrounding Turkmen lands and annexed the state of Karasi which had been weakened as a result of dynastic conflicts. He then extended his control to the farthest northwest section of Anatolia.

Orhan’s reign led to the rise of institutions that transformed the Ottoman principality into a mighty state. In 1327, the first silver Ottoman coins bore his name. At the same time, the Anatolian conquests provided a model for a powerful and integrated empire, Orhan reorganized the army. He went on to build mosques, madrasas (colleges for Islamic instruction), and caravansaries in the newly seized states. This included the Ottoman capital Bursa which later emerged as a core Islamic center. His seize of Bursa led to efforts in developing the managerial, economic, and military power that the Ottomans needed to further secure their stronghold. Notably, Orhan implemented the military policy of employing Christian mercenary troops, hence lessening his reliance on the nomads.

Born in 1326, Murad I ascended the throne as his father Orhan’s successor. His mother was Nilufer Hatun, the daughter of a Christian Byzantine prince. His mother was his teacher in his boyhood, and as a youth, he attended Bursa Madrasa to complete his education. At this time, he lived with scientists, artists, and theologians.

Murad I’s ascension to the throne in 1360 was not without its challenges. His sons Ibrahim and Halil staged a rebellion against him while he was on an expedition. He returned home and put an end to this uprising, establishing his position as the one true power. In 1362, he captured Adrianople and made it the second capital of the Ottoman Empire after Bursa. He went on to bring Thrace under his rule in 1363 and by 1369, he conquered Bulgaria, Macedonia, as well as Serbia. It was In 1371 that he defeated an alliance of southern Serbian princes in the Battle of the Maritsa River. He then restructured his forces and encouraged janissaries (new soldiers), particularly Christian youths, to join a paid standing army in the service of the Sultan.

The other efforts of Murad I included evolving the Ottoman government and military administration. Cendereli Kara Halil, his grand vizier, reformed the tax system and established the Office of State Revenue. This not only ensured that tax collection was in line with legal procedures. For the first time in Ottoman history, the Treasury income exceeded expenses. Murad I also collected taxes from empires and states, including the Byzantines and Serbians. During his 27-year rule, Murad I participated in 37 critical battles and won all of them. In 1389, the Serbian knight Milos Obilic assassinated Murad I, making him the only Ottoman sultan who died on a battlefield.

After Murad I’s death, his son Yildirim Bayezid became the 4th sultan in the Ottoman dynasty. Yildirim, meaning ‘Thunderbolt’ in Turkish, referred to his lightning-fast ability to deploy his army and act against the enemy. He was a well-educated man and became the governor of Kayseri in 1381. Bayezid was an excellent warrior and he fought valiantly against the Crusaders in Kosovo where the Milos Obilic assassinated Murad I. After the war, he ascended the throne in 1389, and upon seizing Rumeli, gained control of the Karaman state in Anatolia. This marked the end of other principalities and developed political stability within Ottoman Empire history for the first time after the Seljuks.

Bayezid introduced reforms in the central budget and significant bureaucratic innovations. He allocated the resources of the ulema to the government and ordered his followers to practice the vassal system in administration. He reportedly punished Muslim judges who abused their power. A brave, skilled, and just administrator, Bayezid spent his entire life on the battlefield and left numerous charity institutions in Anatolia and Rumelia when he passed away. His most important contributions include the establishment of Islamic monasteries, hospitals, inns, and bridges, notably the Grand Mosque in Bursa.

Mehmed I was the fifth sultan of the Ottoman Empire. After Bayezid’s defeat in 1402, his three sons divided the Ottoman territories among themselves. Mehmed clashed with his brothers between 1402-1413 and after emerging victorious, he reunified the Ottoman states, ruling the Empire till 1421. Due to this, he is known as the ‘second founder’ of the Ottoman empire.

During his reign, Mehmed I reestablished Ottoman control over the majority of western districts and made territorial gains in Albania. In addition to being a brilliant statesman and politician, he was a successful wrestler and archer. Mehmed I was known for treating Christians and Muslims justly, and he greatly improved state administration. He passed away in 1421, and the news of his death remained hidden from his people.

This concludes our list of the most powerful Ottoman Empire sultans. Feel free to share your thoughts with fellow participants in our community!