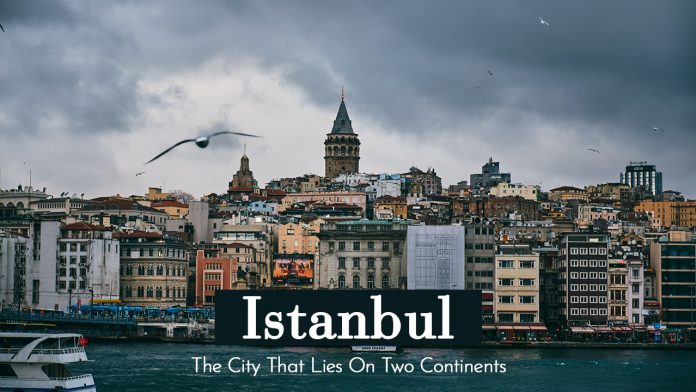 Istanbul is the largest city in Turkey and is recorded to be the fifth-largest city in the world with respect to population. It is the only major city located on two continents. One part of Istanbul lies in Asia and the second one lies in Europe. The Asian and European sides of Istanbul are separated by the Bosphorus strait that is a 31 km long waterway that connects Istanbul’s two continents. The natural boundary of the two continents is covered by the Sea of Marmara and the Black Sea.

Asian and European Side of Istanbul

The two sides of both countries are connected through the suspension of the Bosphorus Bridge and the Fatih Sultan Mehmet Bridge. The city attracts a number of visitors from all across the globe. Istanbul is the fifth most popular tourist attraction in the world. The huge historic popularity of Istanbul makes it stand out among the most famous cities. From the entertainment hub to culture, Istanbul’s natural harbor, Golden Horn will give you all.

Tourists from all across the world tend to visit the Asian and European sides of Istanbul. Through the seaside, they get on the ship to see the beauty of both sides. However, the most visited site in Europe due to its significant connection with the history of Istanbul, Turkey. Also, this side has a greater population of Istanbul with the main commercial area of the city having stores, banks, corporations, and shopping areas. When it comes to the Asian side of Istanbul, it tends to be more calm and comfortable. It is a residential area with boulevards, fewer tourist attractions, and few hotels.

Istanbul stands among the most important tourist places all across the globe. Its natural beauty, historical significance, culture, and modern aspect invites visitors from the world to experience the best time and vacations out there. It is the only city located on two continents and a place where you can find the best restaurants and hotels, the tourist-related industries for both the visitors and professionals.

It is popular among the tourists due to its prime attractions such as Topkapi Palace, Blue Mosque/The Sultan Ahmed Mosque, Galata Tower, Pera Palace Hotel, the Basilica Cistern, Hagia Sophia, Grand Bazaar, etc. Moreover, modern Turkey has some big shopping centers, brands, and malls such as Metrocity, Cevahir Mall, Akmerkez, etc. that have increased the popularity and beauty of Istanbul, the city in two countries. You can enjoy food, go for shopping, and do many other things in Istanbul.

Istanbul is one city located on two continents and this has contributed a lot to the credibility and popularity of this place. Other than this, cultural events, museums, and sporting events have played a big role in giving tourists the ultimate attractions and memorable events that they will never forget.

Istanbul is a Spot for Foodies

Istanbul is a hotspot of food. If you are a foody person, the place is for you to explore and get the chance to try different Turkish cuisine and transitional food. From doner kebabs to the Arab shawarma and cheese dishes to bread, you will find a range of options in Turkish cuisines in the restaurants of Istanbul. If you love bbq and less spicy food, you will find a number of delicious options with Turkish bread. Get some roasted chestnuts and corn bhuttas in the streets of Istanbul. Get fresh pomegranate and other citrus juice to quench your thirst.

Some Facts about Istanbul

Learn the history of the only city that is part of two continents, Istanbul, and its attractions to prepare yourself for vacations!