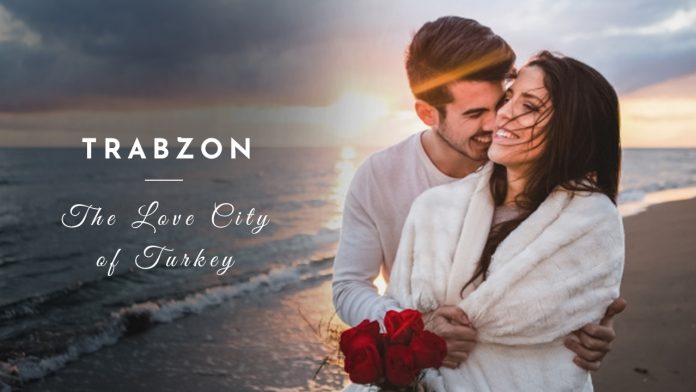 Turkey is not only famous for its historical places, culture, and heritage. It has so much more to offer. An example is the hidden gem Trabzon that is now gaining popularity among international tourists. Trabzon is situated on the coastline of the Black Sea region due to which is an important route for many sellers during the old days.

Known as the love city of Turkey, Trabzon is renowned for the birthplace of the famous Ottoman ruler Suleiman. During the glorious period of the Ottoman empire, Trabzon was an important route for merchants coming to Turkey to sell their handmade goods and other rare products.

Trabzon lies in the Northeastern region of Turkey belonging to Karandeniz Black Sea Region, It has a moist climate,  making it favourable for vegetation and crop production. Its population is 810 thousands which covers approximately the area of 4,664 km2.

Trabzon is never dry due to the rainy climate. Its weather makes a great environment for greenery. Therefore, there are a number of green forests and dreamy mountains with flowing rivers. Trabzon is renowned worldwide for its vast harbor. Due to its strategic location, it is considered one of the most important economical cities in Turkey.

According to historians, at the beginning of the 5th century, Trabzon came under the sovereignty of the Eastern Roman Empire. Lately, it came under the Byzantine Empire which gave Trabzon the status of a military hub.

Later in the 6th century, military huts for defense were created. Important city walls and monuments were restored and rebuilt, adding significant value to Trabzon.

Why Trabzon is called Love City

The Trabzon air spells love. Reach the beach early to see the sunrise and spend the day here. Keep walking and soak your feet in the relaxing seawater. The sound of the water splashing heals your inner soul and brings a sense of calmness. Make the best out of your holiday at this place.

When you wander around the sea, move towards the lower side. Here, you will be surprised to see people of all ages spending quality time with their loved ones. Arms in arms, looking into each other and making promises to spend life together till they breathe last.

The culture of Turkey is not as conservative as it used to be in the past. Now, people of different cultures visit Turkey regularly and they leave their impact on Turks as well. Let’s look at an example. The younger generation is falling for the European lifestyle. They give more value to finding their own partner as compared to leaving this decision to their parents.

It is a common practice to see young couples in Trabzon. You will not be surprised to see someone bending on his knees and holding a red rose as a form of a proposal.

This is how it goes:

Enjoy this heartwarming sight, and pray for the well-being of the couple!

Other Attractions in Trabzon

The Father of Turkey, Mustafa Kemal Ataturk visited Trabzon twice. Once, he visited in 1930, and next was in 1937. He adored this mansion very much. Honoring his liking, this house where he stayed twice was bought by Trabzon Municipal Community. They made this Ataturk House a historical museum which has been serving since 1964.

This museum has many of his belongings such as a personal table where he used to read books. It also has a beautiful green garden where shoots for multiple purposes such as weddings/films that are done regularly.

You know that Hagia Sophia lies in Istanbul. Then, why we are mentioning it here in Trabzon too? The answer is surprising. There are a total of four buildings similar in name in Turkey. The Hagia Sophia in Trabzon is much smaller in size as compared to the renowned monument of Istanbul. The thing which makes it stunning is that it stands tall on the seashores!

When you enter inside, there will be a classic architecture of the Byzantine Empire. It has a big dome in the middle and small windows where sunlight enters. There are many paintings engraved on the walls. Mostly, there are relevant to sea sailors who pray for a safe departure.

No doubt these frescoes will make you spellbound.

This 13th century Hagio Sophia has historical importance. In the past, it was a church and then became a hospital during wartime. Later, a museum and now it’s an operational Mosque.

If you are into history, this Monastery is not to miss out. This Sumela Monastery is situated on the top of a cliff. So, you have to be ready for hiking for a long time. On reaching the top, you will see remains of this Monastery. There are rooms and a kitchen made up of stones. There are paintings engraved on the roof depicting Christianity religion.

There is a fountain that is rumored to have healing properties. You will find a long queue of sick people who have come from different parts of Turkey to get well from their diseases. It is said, it’s blessed water and three drops are enough to get the Blessings of the Virgin Mary.

Trabzon locals are very artistic and know all mediums to express their feelings. People are so caring and loving. You will find graffiti walls everywhere. The cutest ones have love quotes and cute doodling of Cupid (The love symbol).

These quotes are ‘’Çok güzelsin.’’ meaning You are so beautiful and  ‘’Seni seviyorum’’ expressing ‘’I Love You’’. Multi colors are used to show the liveliness of the person and it’s an art which is cherished all over Trabzon city.

One thing is sure about the lively people of Trabzon, life is only once and we should love and respect each other. Don’t forget to include Trabzon in your Holiday 2021 bucket list.

Enjoy your stay here with the locals and explore the language of love and delicious Black Region Seafood!

We hope you are liking our content. Stay hooked for more entertaining articles.