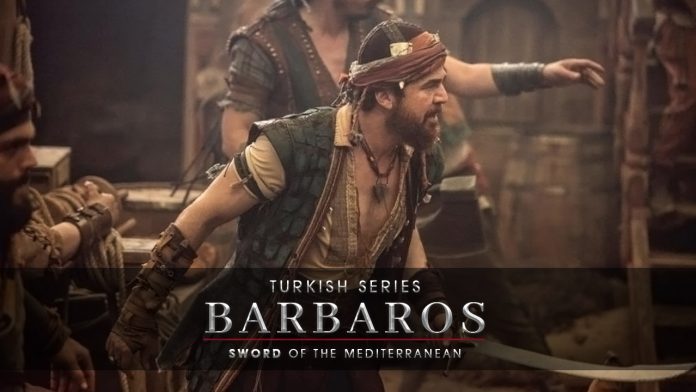 After a lot of months of waiting, the new Turkish series, Barbaros is all set to be released very soon. Barbaros: Sword of the Mediterranean is an upcoming historical fiction series based on the life of the famous Ottoman figure, Hayreddin Barbarossa also known as Khizr Hayreddin Pasha. He was an Ottoman corsair and later became the admiral of the kingdom’s Navy. During his naval services, Hayreddin Pasha managed several victories for the Ottoman Empire and secured dominance over the Mediterranean region. What was the original meaning of Barbaros? Barbaros or Barbarossa means Red Beard in the Italian language. Khizr was nicknamed Barbaros because of his magnificent red beard which used to intimidate his enemies.

The series was set to be released in early 2021, but due to many delays, it had to be postponed. The series began its production in March 2021 and a teaser trailer was released on 20 June 2021. The teaser made the fans very excited and have been since waiting for its release. Now the time has come, and just recently the second trailer was released, which finally revealed the date of its premiere, 16 September 2021.

The series is all set to bring back the Ertugrul sensation, Engin Altan Düzyatan. Düzyatan will be playing the role of Hayreddin Pasha’s elder brother, Oruç Reis. After a successful performance in the series of Diliris Ertugrul, Duzaytan was considered one of the most bankable stars of the Turkish film industry. Brilliantly playing the lead role as Ertugrul Bey of the Kayi Tribe and father of Osman 1 in the series, he was again considered as one of the leads in this upcoming Turki drama. The role of Barbarossa Hayreddin Pasha will be played by Ulaş Tuna Astepe. Other supporting roles are played by Batuhan Bayar as Niko, Caner Topcu as Ilyas, Yetkin Dikinciler as Ishak and İsmail Filiz as Kurdoğlu.

The Turkish film industry has a lot of remarkable releases that audiences from all around the world have been loving a lot. With Diliris Ertugrul and Kurulus Osman being two of their best Turkish TV series, the Turkish national television, TRT has a lot of high hopes for this drama. Taking this into account, the production team has set the standards that if the Turkish series Barbaros crosses the TV rating of at least 7%, then it will be qualified for a second season.

The fans are very much enthusiastic about the release of this Turkish series, with most of them just excited to see their favorite star Engin Altan Düzyatan making his return after acting in the record-breaking Ertugrul series. It was this show that drove Düzyatan to fame for his brilliant performance as Ertugrul Bey. Fingers are crossed and we all hope that the series can become a success all around the world.