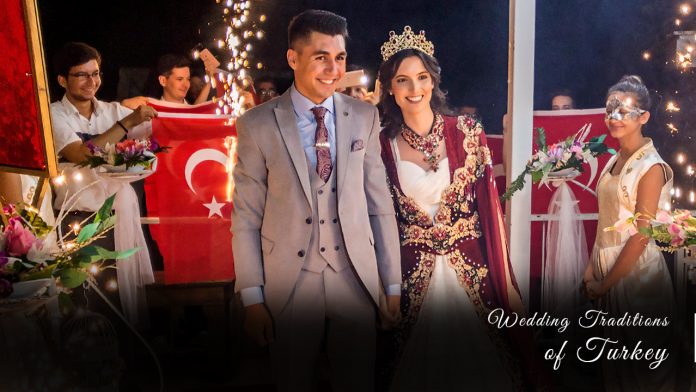 Marriage is an association between two individuals with an intention and hopes to lead more responsible, fruitful, and satisfying lives. Marriage in any culture generates and strengthens love. It has been regarded as a life-long commitment regardless of religion, society, or any other ethnicity. Marriage carries universal importance and is a keystone since it is the foundation of the family. The belief towards marriage is the same throughout the world.

However, the customs, rituals, and traditions for every culture are different for weddings because certain customs and patterns of the marriage act are distinct around the world. Even within the same country’s regions you will witness some differences in the wedding rituals. This event is executed in compliance with the rules and practices of the local culture.

With urbanization and increased awareness of the internet, barriers to marriages have been reduced. Unlike old times, people take part in looking for their future partners. Similarly in Turkey which is rich in its unique culture and traditions, even in small villages, boys visit the girl’s house with their family. Dating in Turkey is not precisely the same as in any other country. Despite being a secular country, it is still very conservative and people stick to its norms and values. The idea of dating itself is very interesting in Turkey. The single lady looking for a guy to date and get married places an empty milk bottle on the roof of her house to let the eligible bachelors know. The one who successfully knocks off the bottle is permitted to go and ask for the girl’s hand.

Parents of both families have a formal get-together at a girl’s house where the host is entitled to entertain the guests to the best of their ability. The bridegroom’s family arrives with a bouquet and a box of chocolate to make their intention known. This is considered a big occasion for both the families and they are dressed in their best clothing. If a girl’s family allows it, Bridegroom can be a part of this meeting.

The bride’s parents put their daughter to the test of making typical Turkish coffee. Her making determines if she is going to be a good wife. The bride also adds some pinches of salt to the groom’s coffee to see if he can bear the taste. Once all agreed upon the proposal, the bride’s family throws an engagement party.

The engagement ceremony is yet again calm and enjoyable. In some regions, the expenses of the ceremony are borne by the groom’s family. The bride is dressed in a special engagement dress given by her mother-in-law. After the guests are served lunch, jewelry called “Taki” is given to the bride. Rings for both bride and groom are first tied to a red ribbon and then the couple exchanges rings on the ring fingers of the right hand. The groom’s mother then breaks the ribbon welcoming the bride from her parents’ house to in-laws.

In the traditional setting, the Turkish believe that wedding ceremonies should begin on Tuesday and end on Thursday or begin on Friday and end on Sunday. Formal invitations are distributed among family and friends. One thing to note here is that wedding ceremonies are conducted and recorded by a municipal office where the National ID is a must to present from the bride and groom. Following rituals are celebrated during the wedding festivities.

Kina Gecesi is the Henna Night in the Turkish language. It is a jubilant occasion filled with a bit of sorrow of the bride leaving the house of her parents. The day of henna has special significance and stature for the Turkish people. It is a night of great interest to all, friends, family, and relatives. Celebrations begin in the morning. Both the bride and groom take a Turkish bath in their own house. The bride is decorated with red henna and wears a red dress that reflects joy and happiness.  A veil is placed over the bride’s head ornamented with red flakes and then she is taken to the guests where the songs of joy and romance are being played and women are dancing. Turkish believe that henna protects the couple from evil.

It is Fetching the bride with a procession. The bridegroom dressed in a tuxedo or a suit leaves for the bride’s house with a procession of family, friends, and relatives. Drums called “Davuls” and pipes called “Zurna” are played, a piece of traditional music played at weddings. At arriving at her house, the groom knocks on the door which is held by little girls and boys who ask for some loose change and candies. In modern times, the Turkish bride wears a white long gown as worn in western countries. Her brother assists her to tie the maidenhood red belt around her waist. This action is repeated three times before the bride joins the guests. The couple is taken to the Nuptial Chamber for the final ritual of signing the marriage certificate. After officially getting married, a convoy of cars follows the couple’s car decorated with flowers and other decorative materials. All reach wedding halls where a couple throws a party, cuts a wedding cake, and then has a dance. The couple is showered with best wishes with the adjournment of the party.