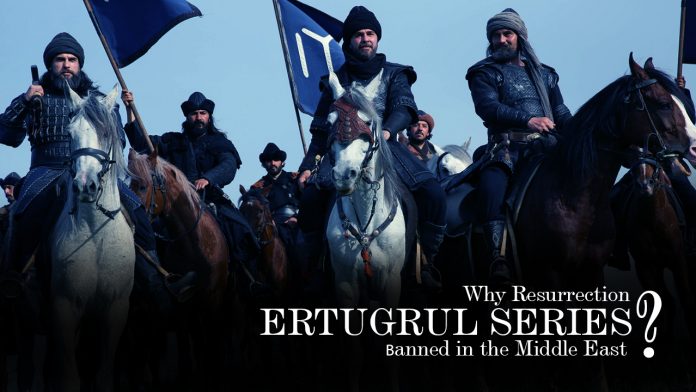 The series Diriliş Ertuğrul revolves around the life of a Turkic nomad named Ertuğrul in the 13th century. He was a fierce warrior who fought various battles in his lifetime. Belonging to the Kayı tribe, he was the son of the tribal chief Suleyman Shah. Like other tribes of that time, Ertuğrul’s tribe too faced the brutalities of the invaders.

The season features Ertuğrul’s story and his efforts to protect his tribe from the Mongols, Crusaders, and Byzantines. He and his companions struggled and fought for a homeland while establishing a tribe even stronger than the one before.

The most attractive part of the series was its family values and traditions, the friendships, and the characters leading their lives according to Islamic teachings. It is a historical fiction that has garnered viewership from many corners of the world.

Is Ertuğrul The Most Watched Series?

With its intricate and fascinating story, its emotional and fight scenes, its diverse characters, and its character arcs the story proves to be a complete package for its viewers.

It started in December 2014 and has till now run for five seasons. The series rose to the heights of fame during the Covid Pandemic when people were in lockdown and the only activity remained binge-watching shows.

In Pakistan Prime Minister Imran Khan recommended to his nation the series that depicted Islamic and familial values. The series was dubbed in the Urdu language and telecasted on national television. It didn’t take long for the series to captivate audiences, and its YouTube channel quickly surpassed 2 million subscribers and 100 million views in the first 16 days.

So far, the season has received over 3 billion views globally and has been translated into 39 different languages. It is also listed in The Guinness Book of Records as the finest dramatic work.

While acquiring the most-watched status, Diriliş Ertuğrul is also known for being banned in the UAE, Saudi Arabia, and Egypt. The season has also received Fatwa against it, which prohibits Muslims from watching the historical tale of Muslim rulers.

Why is Diriliş Ertuğrul banned in Saudi Arabia?

Being a series of Muslim origin, the series gained fame across Arab countries for its depiction of Islamic values and traits. However, the Saudi Government imposed a ban on the ongoing season. The reason behind this move is political.

Saudi Arabia and other Middle Eastern countries were once a part of the Great Ottoman Empire. However, the calamities of World War 1 had a huge impact on the modern world. In the aftermath of the war, the Ottoman Empire was demolished. These communities then formed their own countries with help from the Allied forces.

Moreover, to undo the effects of this Pro-Ottoman, series the Saudi Government collaborated with UAE, to make its own series that showcased the darker side of the Great Empire’s rule.  The series features the Ottoman Emperor Selim I and his endeavor to occupy Cairo. The series had a 14 episode run and is named the ‘Kingdom of Fires’.

Alongside Saudi Arabia, Diriliş Ertuğrul is also banned in UAE and Egypt. Despite all the efforts towards its prohibition, millions of Arabs had watched the series with great zeal online.

Out of all the backlash that the series faced, the most intense is the Fatwa issued by Egypt’s highest Islamic authority. It states as

“They [the Turks] export to the people and nations the notion that they are the leaders of the [Islamic] caliphate, responsible for supporting Muslims worldwide and are their salvation from oppression and injustice while also seeking to implement Islamic law,”.

It also stated, “The Turkish president and his followers are not immune from using religious discourse in general and fatwas in particular, as a cover for their military operations”.

This was an attempt by Egypt to stop its people from watching the series. However, it must be duly noted that the tensions between Turkey and Egypt surfaced when the first democratically elected president and Turkish ally Mohammad Morsi was overthrown by General Abdul Fattah Al Sisi.

Is Diriliş Ertuğrul banned In India?

It is often reported that Diriliş Ertuğrul is banned in India. However, the series is not banned. Indians can and they do watch it on Youtube and Netflix. YouTube’s country-wise viewership figures from 2014-2021 reveal that Indians ranked second with 125 million views, as per the second quarter of 2020. These stats clearly represent the fondness of the Indian audience towards the series.

Indians express the view that they are attracted towards the season due to the similar attributes of the series to their own history and culture. The curiosity to understand the rulers of the culturally diverse civilizations contributes to the high viewership rates in India.

The season’s fame in India first came to notice when Kashmiris surpassed the Internet blackout and exchanged the downloaded season via flash drives amid the curfew in the region; following Article 370.

Diriliş Ertuğrul is a work of high dramatic art that is skillfully directed, and the rich storyline captivates the audience. Its ideals and traditions have left an indelible mark on the people. After season five, the plot shifts to Ertuğrul’s son Osman, the Ottoman Empire’s founder. Kuruluş: Osman, the sequel, is now the people’s new favorite.

How Many Episodes in Ertugrul Season 2