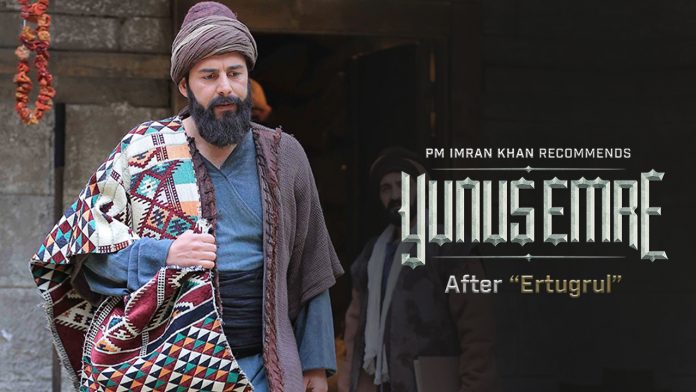 Pakistan has got the best Prime Minister who oversees every aspect of the country. In addition to prioritizing economic and social development, Premier Imran Khan takes full responsibility for protecting the interests of the youth here. As a huge fan of Turkish drama series, he has another new recommendation for the people of Pakistan. Earlier, he recommended the Dirilis Ertugrul Turkish series and issued orders for it to be dubbed in Urdu on the national channel so that locals could understand the content. It is safe to call Ertugrul Dirilis the favorite drama series among South Asian countries, considering its popularity.

The next name on PM Imran Khan’s top drama list is Yunus Emre. This blockbuster drama series revolves around the Sufi poet Yunus Emre who has strong roots in the history of Turk poetry. He is known for devoting his life to the praise of Allah Almighty, the Supreme Creator.

In a recent interview, PM Khan commented that the misuse of technology by today’s youth has devastated society. The excess use of tech gadgets like mobile phones has a negative impact on young minds. They get inspired by what they see and apply it to their lives without realizing the consequences. In this case, banning things is not the answer. The solution is to provide alternative entertainment to the public so they can understand what is right for them and do not resort to inappropriate entertainment sources.

‘’I strongly recommend the serial Yunus Emre being shown on PTV for all those who are interested in Sufism (Marayfat). ‘’

I strongly recommend the serial Yunus Emre being shown on PTV for all those who are interested in Sufism (Marayfat).

Ertugrul Ghazi was the most famous season of Turkish drama series. After that Yunus Emre is getting popularity. Here is the background of this series, you should know.

When was he born?

Who was Yunus Emre?

He was a renowned Turkish poet and a mystic dervish.

Why is Yunus Emre famous?

Yunus spent his whole life finding the creator of this universe and conveyed the message of Islam through his impressive Sufi poetry.

What are his famous contributions?

He made significant contributions to Turkish literature, Bektashi, and dervish poetry. His top work is ‘’Risâletü’n-Nushiyye,” which he completed in 1308 A.D. The rest of his poetry is known as ‘’Divan’’ which is the compilation of his missionary poetry by his devotees after his death.

How do people remember him?

Yunus Emre is very dear to people even today. Every day, followers visit his tomb to pay their respects and show that they are continuing his legacy with pride.

In May every year, events are organized to celebrate his work in Turkish literature and Sufism. Yunus Emre Culture and Art week, a happening event, is held in the center of the province Karaman.

What was Yunus’ Emre Message?

According to Kamil Saritas (Head -Yunus Emre Research Center), Yunus was a dervish, a saint who spent his life in his own world. He used to spend days away from home to seek the meaning of life and find a path to Allah (Marayfat). He found peace in his sorrowful nature. Notably, he used to express his silent observation of woods through his poetry.

Throughout his life, he spoke about religion, moral values, and indicated that people can be happy only when they keep their creator in their minds. Only then, it is possible for them to persevere during difficult times.

His message was to be the carrier of Islam by having complete faith in Allah. There are two concepts we can learn from this. Never lose hope in Him and treat others justly. Secondly, find the path of love that connects with Allah Almighty.